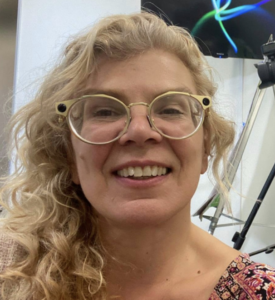 Jenny grew up in a family of actors, poets and puppeteers. They traveled and performed around the US and Mexico, from major metropolitan cities to remote fishing villages.  These beginnings ignited her love of a good story and gave her an eye for the interesting.   Casting came naturally.

Since then, O’Haver + Company Casting has worked on scores of projects in the general and Hispanic markets including national and international commercials, Reality TV, music videos, voice-overs, print, television, Internet content and independent films. O’Haver + Co casts all over the United States and Canada, both virtually and on-location, with offices in Los Angeles and New York.  In addition to casting for the likes of NBC, HBO, MTV, PBS and AMC, the indie films they teamed up on garnered awards at Sundance, Cannes, Pan-African and Pan-Asian festivals among others. A commercial client list, many being top Fortune 500 companies, counts such names as McCann, J. Walter Thompson, McGarry Bowen, Ogilvy, Apple, Verizon, Mercedes Benz, IBM, MasterCard, Coca-Cola, Staples…and on and on.

Jenny is a breast cancer survivor.  She lives in the California with her two beautiful sons and way too many pets.